It has taken me this long to write about the experience of Marina Abramovic’s 512 hours at the Serpentine Gallery last year. 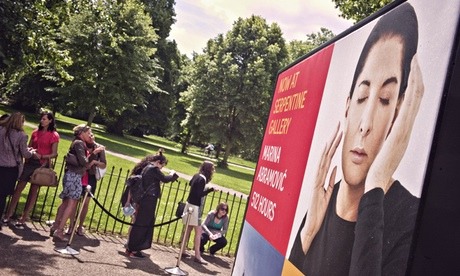 I was unable to go on the opening day, as was always my intention; because I was moving house. So it was on Thursday 12th June 2014, that I made my first visit to what would be an unforgettable experience as well as, breaking my obsession with Marina all in one swoop.

It was a warm June day and I arrived at what I thought would be at least early enough to get in and already the queues were long outside the Serpentine. At 10 am we were ushered forward and I noticed that Marina was at the entrance and greeting each visitor in person. 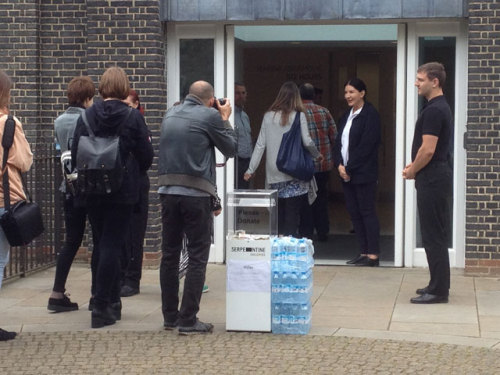 Upon entering you are met with what looks like a changing room with lockers and you are required to leave all valuables including keys, wallet, phone etc. in a locker.

When I entered the exhibition I was unsure what to make of it, as nothing was actually going on. Though I quickly became absorbed in the atmosphere which felt very edgy and almost in a complete state of trance.

I made my way out of the main room and into the room (which is on the right as you enter) people were walking around in lines; almost in a complete daze, at first I thought it was part of the show and I stood and watched.

Then I started recognising people from the queue outside walking in trance like paces in the room, stopping and staring for long periods at the white walls and then it dawned on me; that in fact it is us “the audience” that is participating in the show. 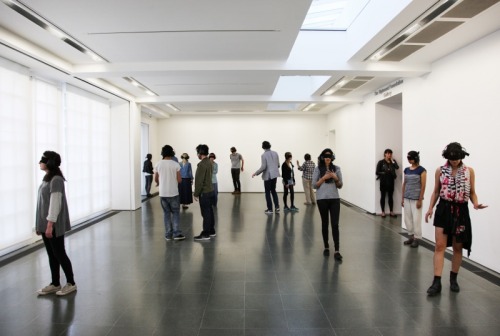 There is no script, there is no theme, in fact I question why I am doing this and I am unable to answer why I am here. I willingly let myself escape and join the trance-like state through joining the walk. The tension in this room is like nothing I have ever felt before in my life. I feel like my head is going to explode.

I had noticed that Marina was approaching some of the crowd (as were here assistants) taking them by the hand and leading them to another space whilst also speaking quietly in their ear. Quite early on Marina approached me took my hand and led me to the room that is on the far left, as you enter this room (I can’t remember the props) just had people staring at the walls and there were chairs in front of the walls. Some people were blindfolded I chose not too wear one as I wanted the external light to filter through my closed eye daze.

It is both ridiculous and genius at the same time

She whispered in my ear “There is no reality” waving her fingers in front of my eyes “only in here (my head) is reality” she was then gone as instantly as she had appeared.

I spent a long time in this room I don’t remember clearly what I thought, but I do recall I was asking myself some very big questions.

In some ways this has quite an existential feel about it, as ultimately you are relieved of your possessions and are left only with yourself (your mind) Is our mind all that is real of that matters in life? 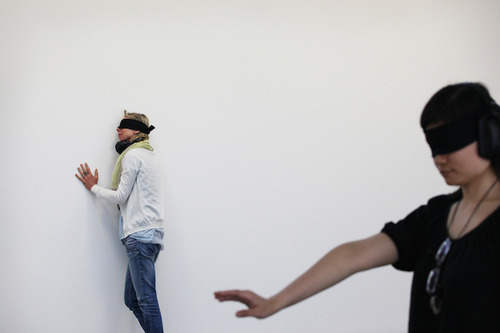 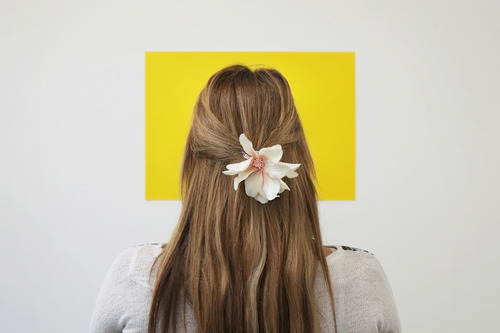 It sounds crazy but actually it completely shifts your state of thought and your only focus is on the colour and it is amazing what you start to see in these colours (mine was red) after a while.

After having sat here for a very long time I suddenly came too; almost like when you wake up in the morning and I looked around and noticed a large amount of people walking backwards looking “no staring transfixed!” at themselves into hand held mirrors, the type with a horizontal handle and round mirror piece on top.

My initial shock, of not believing that this could have been going on behind me without my noticing was replaced by the thought of what a surreal picture I was looking at. It was like something from a Dali sequence in a Hitchcock film.

I realised that I had started to come back to reality a little and was now back to observing. This was until one of Marina’s helpers then placed a mirror in my hand and I too now found myself walking backwards looking into my reflection.

What I felt was different to most of those normal every day occasions you would look at your reflection,  I was feeling neither; disgust nor admiration at the my appearance; I was purely just looking, almost as if I was looking through myself.

Later on I realised my senses were being distracted enough by what was around me to know that it was time to leave, I wanted to try and get a last look at Marina but I couldn’t see her.

I had just moved into a new flat the night before and had plenty of real world tasks to complete, though I did not feel right (not good, not bad) just different; amazed, troubled, focused and afraid all at the same time for days afterwards.

I think I had almost wanted this event to have this effect on me, as I had been a very big fan of Marina and she was one of the major influential moments in my life. When in 2012, I made some life changing decisions and also “gravitated and moved” without looking back and also very willingly, from the art of music to the art of painting, film and performance.

What I did not expect was the nervous troubled feelings, in a way it reflected how real and unreal life can be.

I did go back for a second time in early July but it did not have quite as much of a surreal effect on me. I was still able to give in to the trance like state and the rooms and props were laid out slightly differently .

On this occasion I had a more overall pleasant thought process. Marina was handing out large building site style ear muffs, I put these on and I could not hear a thing (like being instantly deaf) your senses become slightly deranged after a while. 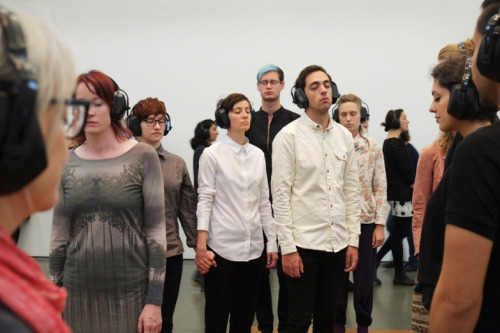 The room on the far left had rows of camp beds in them and at one point Marina led me to one of them and said “you do nothing and you do not have to feel guilty about it” she then ushered me to get into the bed and put a sheet over me (like a leader looking after their disciples), I closed my eyes opened them and she was gone. 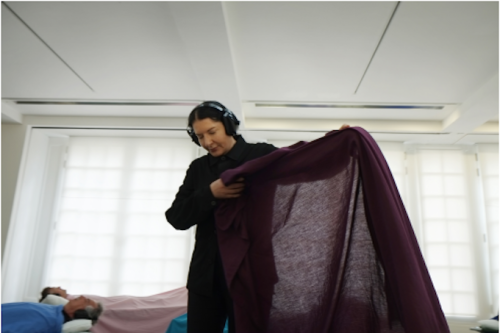 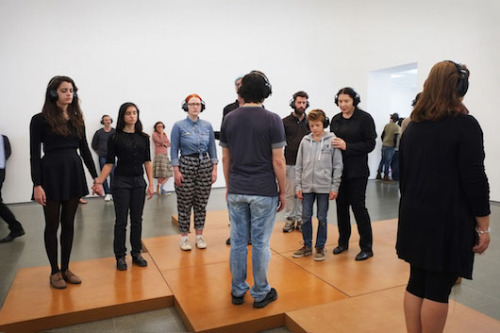 I lay there but I was unable to relax, the rest of this visit is a bit of a blur. There was a podium in the centre of the middle room and some people were standing there holding hands and staring into space. I was able to succumb to the overall vibe, but on this occasion not as deeply or as willingly as the first time.

In fact I would say that this type of performance/experience should probably only be experienced once to fully take what you desire from it, I also found it easier to de-programme afterwards the second time.

I was given as I left a piece of literature on Marina and I also recall it was a grey cloudy day. 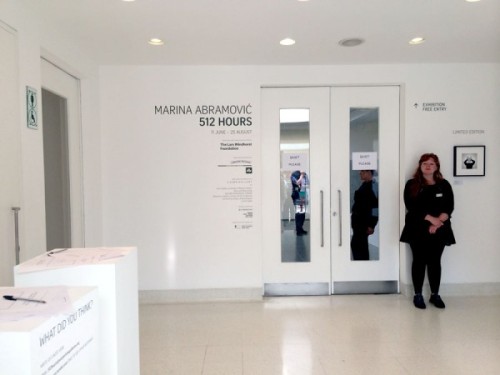